The inaugural talk, on March 11, was by Marilyn Miller, Professor of Spanish and Sizeler Family Professor in Judaic Studies, who presented new research on a mid-century New Orleans beautification project that immortalized Latin American historical figures. Titled “Lament of the Libertadores: Monumental Demise in New Orleans’s ‘Garden of the Americas,’” Professor Miller discussed the statues of Spanish American independence heroes erected in New Orleans beginning in 1957 as part of a project launched by Mayor DeLesseps “Chep” Morrison to acknowledge the city’s longstanding commercial and historical ties with Latin America. Situated on Basin Street, on what was dubbed “The Garden of the Americas,” the statues pay homage to Spanish American founding fathers: Central American leader Francisco Morazán, South American patriot Simón Bolívar, and Mexican political figure Benito Juárez. Among the highlights of the talk, a provocative question led to a lively debate among the audience: In the midst of the heated debates over the legitimacy of statues of questionable historical figures during the past few years, why were these three statues never part of those discussions?

On April 8, Yuri Herrera-Gutiérrez, renowned novelist and Professor of Spanish at Tulane presented on his novel-in-progress: “Juárez en Nueva Orleans. La ficción hecha de fragmentos de verdad” [Juárez in New Orleans: Fiction Composed of Fragments of Truth]. The talk focused on Professor Herrera’s ongoing quest to uncover layers of truth about the years Mexican political figure and future President Benito Juárez President of Mexico (1858-1872) lived in exile in New Orleans. Among the many legends surrounding this Mexican national hero was that he worked in a cigar factory in or near New Orleans. We look forward to reading this latest novel from Yuri Herrera.

The two talks were held in the Latin American Library Gallery (Howard-Tilton Memorial Library, 4th Floor) and sparked a large turnout by faculty, students, and members of the New Orleans community who were only too happy to attend in-person events once again. The New Orleans and Latin America Colloquium Series will resume in the Spring of 2023 with more presentations by Tulane scholars. 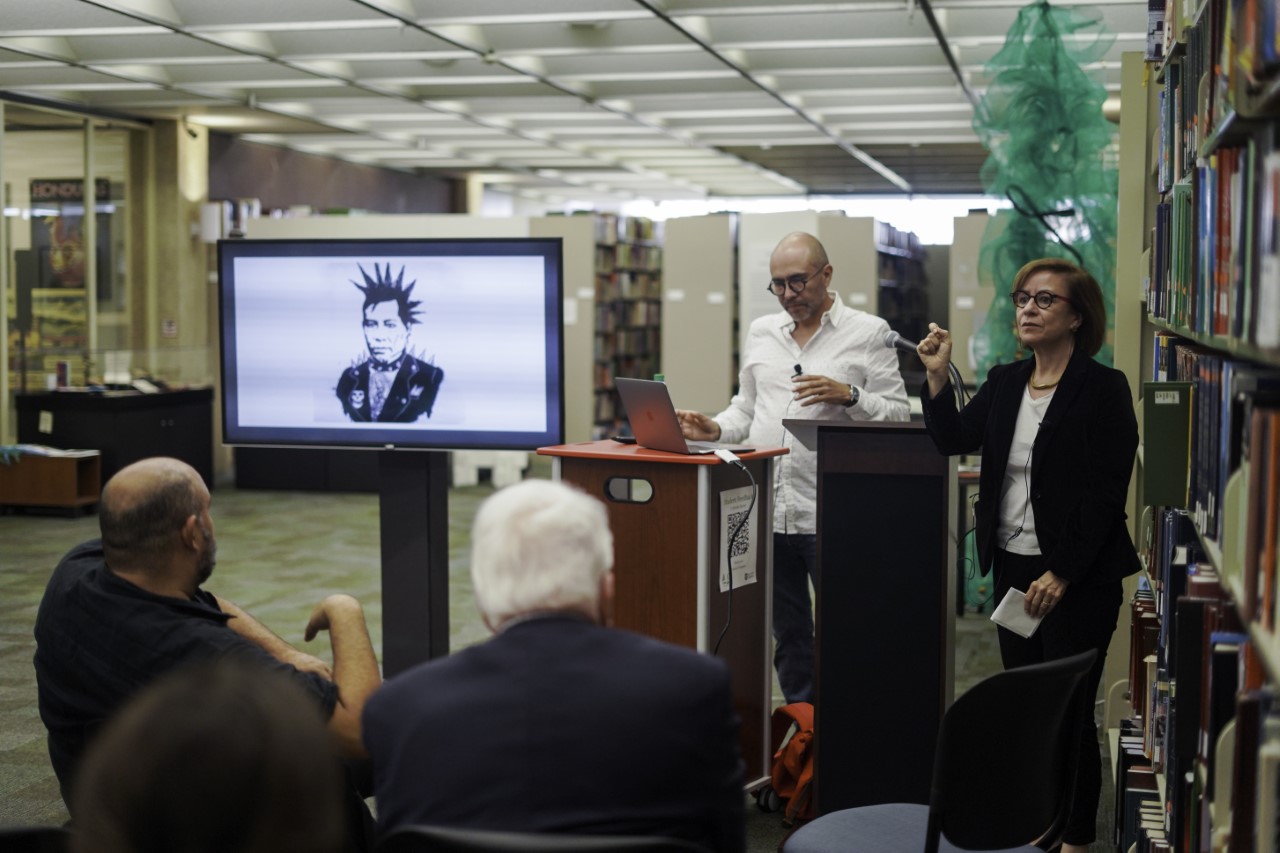