Tulane University Special Collections (TUSC) is pleased to announce an expanded mission and new name for its famed music archive. Previously known as the Hogan Jazz Archive, the reconceived Hogan Archive of New Orleans Music and New Orleans Jazz will expand the scope of its collections, including acquisitions that document late 20th century and 21st-century contemporary jazz, rhythm and blues, funk, hip hop and rock musicians in New Orleans and the surrounding region, as well as the industry and culture that fosters and supports those artists.

The archive is a leading and internationally renowned source for research on traditional New Orleans jazz and New Orleans music starting in the late 19th century. It welcomes inquiries from anyone who seeks to contribute their perspective or enhance their knowledge of these subjects.

“The renaming and new collecting strategy allow us to more accurately reflect the rich historical materials that currently comprise the Hogan Archive while pursuing new directions in collecting, as well as welcoming a wider constituency of users,” said Melissa A. Weber, Hogan Archive curator. “We will build upon the strengths of the collections that we already have and bring the stories and communities we document up to the present. Our new name also positions us with an eye to the future.”

The Hogan Archive highlights New Orleans music history, culture and life through archival collections and primary sources. Its materials represent the stories and study of musical genres inspired by and derived from New Orleans, including the origins and contemporary legacy of Black American music, jazz, gospel, blues, rhythm and blues and more, which provide the foundation for popular music culture in the United States.

The Hogan Archive of New Orleans Music and New Orleans Jazz (or the Hogan Archive, for short) is one of the five collecting areas that make up Tulane University Special Collections, a division of the Tulane University Libraries. Additional TUSC collecting areas include the Louisiana Research Collection, Rare Books, the Southeastern Architectural Archive and University Archives. Housed in Jones Hall on Tulane University’s uptown campus, its holdings consist of unique or rare materials essential to the study of New Orleans and its surrounding areas, including books, archives, university records, architectural drawings, audio and visual recordings and ephemera. TUSC supports the teaching, learning and research mission of Tulane University by creating a space for critical inquiry, creativity, interdisciplinary conversation and communal discovery.

The Hogan Archive was founded in 1958 when Richard B. Allen, a Tulane University graduate student, embarked on a jazz oral history fieldwork project for his thesis. Dr. William Ransom Hogan, the chair of the Department of History at the time, wrote the initial Ford Foundation grant proposal that funded the project. Tulane administered the formation of the Archive of New Orleans Jazz as part of the history department. In 1965, the Archive became a division of Tulane University Libraries, and in 1974, following Hogan’s death, it was renamed the Hogan Jazz Archive. 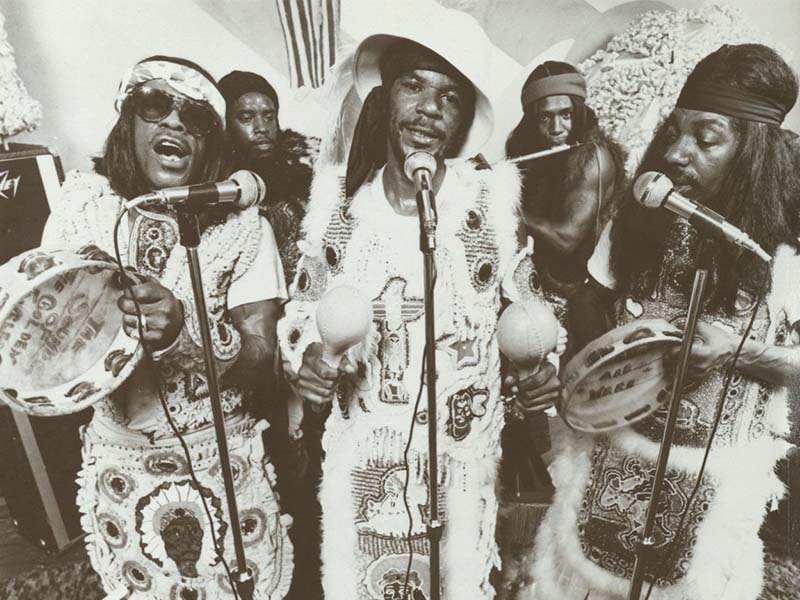