The Latin American Library at Tulane has acquired by donation the Chamorro Barrios Family Papers (1767–1997), one of Latin America’s most influential families and key players in the national life of Nicaragua since the 18th century.

“The collection is rich in previously unexplored documents which will add new insights on the history of Nicaragua from all periods, including such topics as freedom of the press and civil liberties, political parties and elections, civil society, economic development and border issues with neighboring countries among many others,” said Hortensia Calvo, the Doris Stone Librarian and director of the Latin American Library.

The papers of Pedro Joaquín Chamorro Zelaya, a distinguished journalist and historian whose life spanned the first half of the 20th century, are especially rich in the documentation on earlier periods of Nicaraguan history. He acquired Nicaragua’s leading newspaper La Prensa in the 1930s, which has been led by successive generations of the Chamorro family and served as a key organ of dissent against the repressive regimes of the Somoza family earlier in the century, as well as the current government led by Daniel Ortega.

HORTENSIA CALVO, the Doris Stone Librarian and director of the Latin American Library 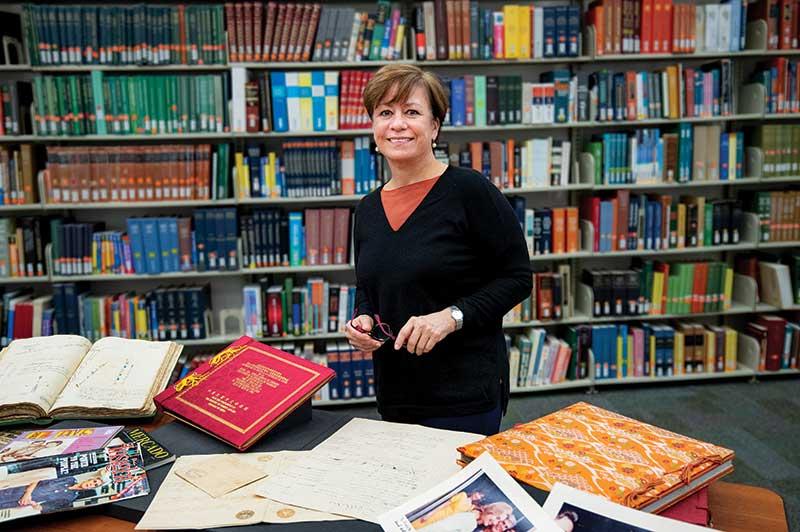