Tulane University Special Collections (TUSC) is honored to acquire the correspondence, speeches, writings, photographs, and other personal and professional papers of William Blanc (Bill) Monroe Jr. (July 17, 1920 – February 17, 2011). Born in New Orleans, Monroe graduated from Tulane University in 1942, served in the United States Army Air Force in Europe during World War II, and became an American television journalist for NBC News. Early in his career, Monroe served as the first news director for NBC affiliate WDSU-TV in New Orleans where he helped pioneer standards for broadcast journalism. Among the prominent issues he covered were the Emmett Till case (1955) and the desegregation of New Orleans schools by Ruby Bridges (1960). Monroe's team at WDSU-TV won a George Foster Peabody Award in 1959.

An advocate for greater press access to courtrooms and legislative chambers and a leader in the transition from print to visual media, Monroe served as Washington bureau chief for NBC and frequently reported for The Today Show, for which he won a Peabody in 1973. From 1975 – 1984 he was the executive producer and fourth moderator of the NBC public affairs program Meet the Press. Monroe retired from NBC in 1986 but subsequently held several other jobs, including ombudsman for Stars and Stripes, the media platform serving the U.S. military overseas. Dedicated to New Orleans and his alma mater, Monroe served on the Tulane University Board of Administrators from 1972 – 1982.

Monroe’s papers will interest students and scholars from a wide range of fields including New Orleans history, journalism history, electronic media, global media, political communication, and the relationship between media and politics. These papers are an example of how Tulane University and New Orleans helped shape the modern media landscape.

“I’m delighted to preserve these papers at TUSC because of Monroe’s close ties to Tulane University and New Orleans. He made significant contributions to our city and cherished his connection to Tulane University throughout his life, especially by serving on the university’s Board of Administrators,” says Leon Miller, Curator of Louisiana Research Collections at TUSC. 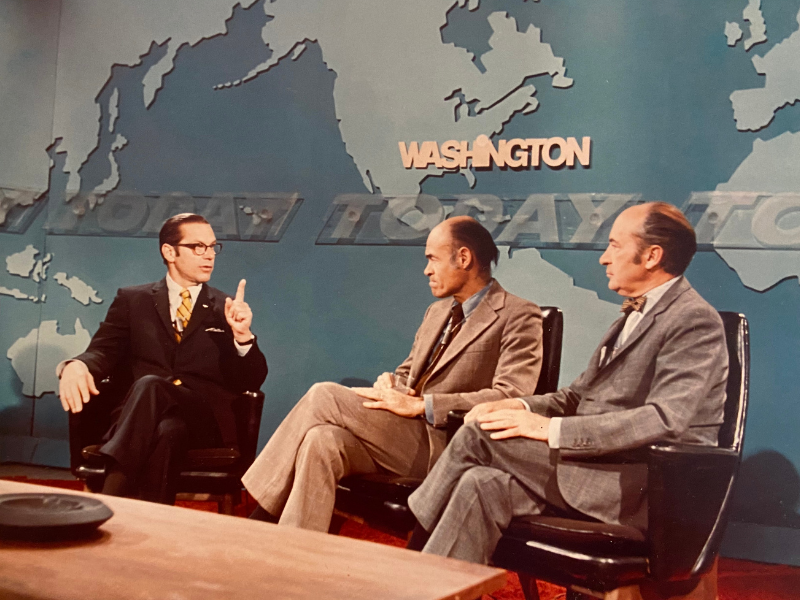