Live broadcasts, interviews, and radio segments by Vernon "Dr. Daddy-O" Winslow for "Jivin' with Jax" on WWEZ AM New Orleans are now available online via the Tulane University Digital Library at digitallibrary.tulane.edu. This digitization project, administered by Tulane University Special Collections, was funded in part by a grant from the GRAMMY Museum®, awarded in 2019. The recordings were digitized by the Audio Preservation Services team at the Northeast Document Conservation Center.

The recordings selected for digitization are part of the Vernon “Dr. Daddy-O” Winslow collection of the Hogan Archive of New Orleans Music and New Orleans Jazz, a division of Tulane University Special Collections. They are among over 3,000 78 RPM records of commercially released music and recorded broadcasts that Winslow played on WWEZ. “Though just a small representation of the Winslow collection, we selected these discs for digitization due to their extremely fragile and unique nature. We are thrilled that the GRAMMY Museum’s support enabled us to preserve these recordings so that we can share them worldwide,” says Jillian Cuellar, director of Tulane University Special Collections and Principal Investigator of the grant.

Originally airing between 1949 and 1958, these recordings represent the emergence of Black radio in New Orleans, while featuring Winslow's work as the first African American radio disc jockey on New Orleans airwaves. "Jivin' with Jax," sponsored by New Orleans' Jackson Brewing Company, would become the first full-length radio program in New Orleans to feature a Black DJ and specifically cater to and develop a Black listenership.

“These rare recordings reveal and, to some, remind us of Winslow's brilliance and importance as a broadcaster, both locally and nationally," says Melissa A. Weber, Curator of the Hogan Archive of New Orleans Music and New Orleans Jazz. “They provide a welcomed addition to the stories of Black radio history, the desegregation of New Orleans airwaves, the roles of sales and advertising in radio broadcasting, and the birth of rock and roll music.”

For more information, contact Melissa A. Weber, curator of the Hogan Archive of New Orleans Music and New Orleans Jazz, at mweber3@tulane.edu or 504-247-1807. To learn more about Tulane University Special Collections, visit the TUSC website at library.tulane.edu/tusc, email specialcollections@tulane.edu, and follow them on Facebook and Instagram. 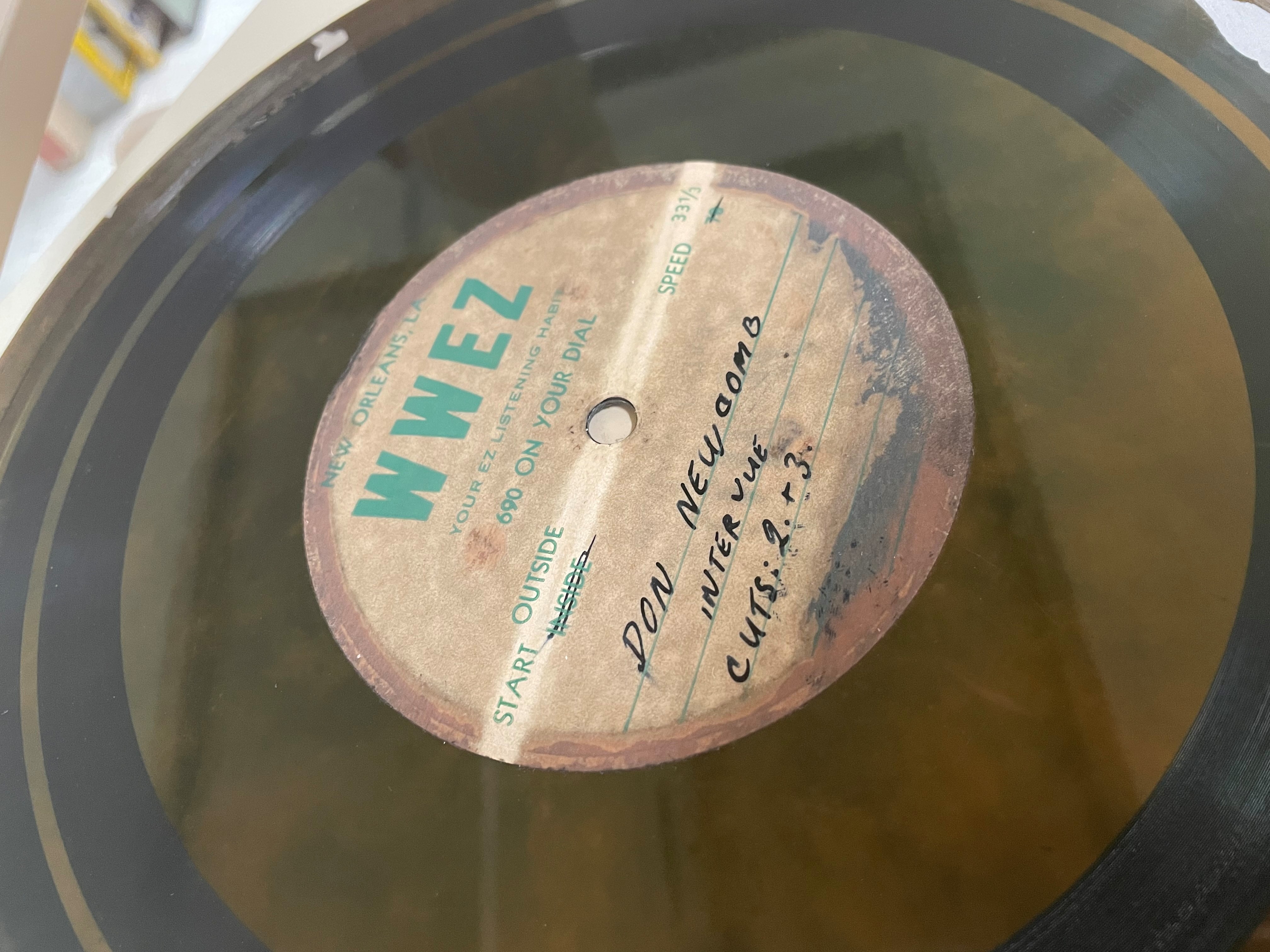