Jefferey Darenbourg is a writer, researcher, and enrolled member of the Atakapa-Ishak Nation whose work explores the intersections of cultural studies, mixed ethnicity, and Indigeneity. Listen to Jeffery’s poem “The Ears of That Dog Are Torn” read in both Ishakkoy and English languages from our 2021 Lunch Tray poetry series here: Jeffery Darensbourg - The Lunch Tray Series Ep.5 - YouTube

Layli Long Soldier is a poet, artist, and activist whose work centers on advocacy for indigenous populations. Soldier’s debut book Whereas explores both personal and national narratives of identity as a dual citizen of the U.S. and the Oglala Lakota Nation. Listen to this powerful excerpt from WHEREAS in response to the U.S. government’s official apology to native peoples:

Robin Wall Kimmerer is an author, scientist, professor, and enrolled member of the Citizen Potawatomi Nation. In her 2013 book Braiding Sweetgrass: Indigenous Wisdom, Scientific Knowledge and The Teachings of Plants, Kimmerer examines the deeply intelligent and spiritual connections humans share with the natural world. Follow the link to explore this fascinating look into the sacred and scientific ties among all living things:

Paul Chaat Smith is a Comanche author and curator whose work centers on contemporary American Indian art, culture, and politics. With a unique blend of dry wit and sharp critique, Chaat’s second book Everything You Know About Indians Is Wrong explores the damaging repercussions resulting from the pervasive misrepresentation of indigenous peoples in American popular culture. Read Chaat’s illuminating collection of essays here:

Everything You Know about Indians Is Wrong on JSTOR

Zitkala-Sa (February 22, 1876 – January 26, 1938) was a Sioux author, musician, and activist whose scholarly writings about the Yankton Sioux were published by Harper’s Monthy and Atlantic Monthy during the early 20th century. American Indian Stories (1921) features a collection of essays and stories 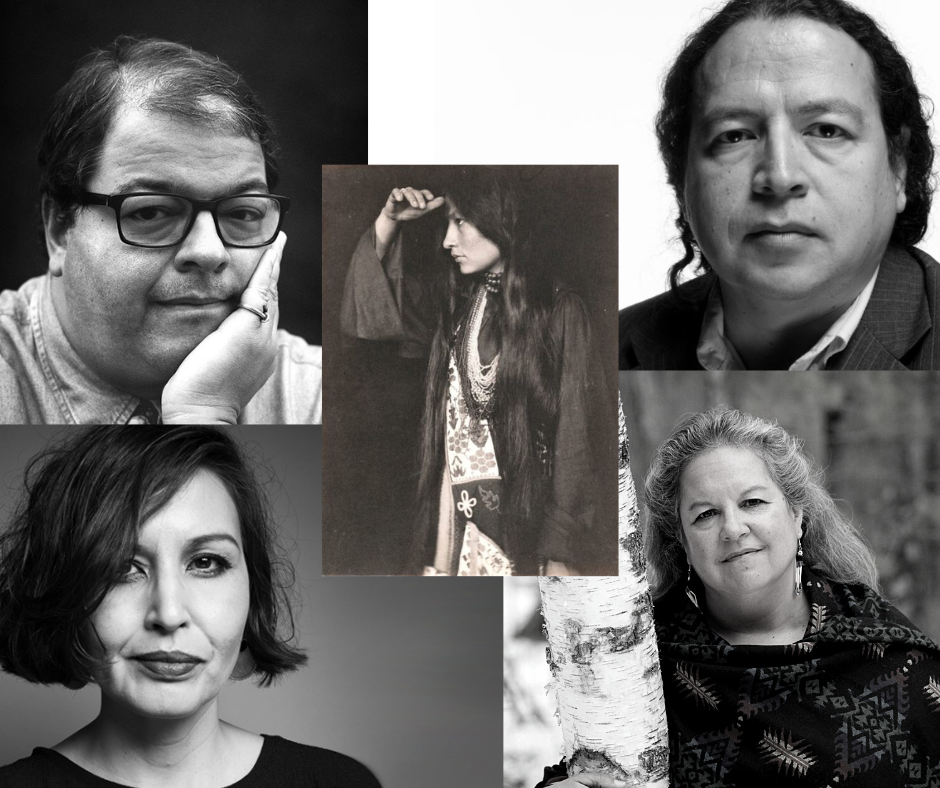